“We are committed to empowering women with
the Word of God.” 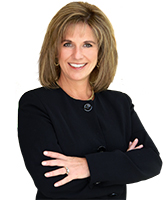 Empowering women with the Word of God

Drop Us A Line

For the last couple of weeks, I have heard these words: “There’s a new wind blowing…” And I knew God was speaking. We are entering a new season with Him – one we have never before traveled. Thinking of this and when the article would be released, I realized its timing would be around Easter.

Easter is also known as Resurrection Sunday – the day Jesus emerged from the tomb alive! This month, we will see change within our life and choose to live differently. Many are ‘trapped in a tomb.’ This is their season of change! Where religious mindsets hold us hostage, God reveals His truth. Where performance ruled our heart, grace now lives. God is breaking old mindsets…renewing minds to enable us to see things from His perspective.

This season is new and different. It is easy to return to what we know; it is familiar, and we are comfortable with it. But stay focused on God! The disciples experienced a ‘new wind blowing’ when Jesus went to the Cross. Everything familiar ceased. Jesus was not trying to instill fear in them or trying to quash their hope. Jesus understood the newness of life He was bringing.

The change we are stepping into will bring a newness of life.
“Therefore we were buried with Him through baptism into death, that just as Christ was raised from the dead by the glory of the Father, even so we also should walk in newness of life. For if we have been united together in the likeness of His death, certainly we also shall be in the likeness of His resurrection, knowing this, that our old man was crucified with Him, that the body of sin might be done away with, that we should no longer be slaves of sin” (NKJV – Romans 6:4-6).

Breaking Out Of The Tomb

Paul used the analogy of being baptized into Jesus’ death and raised from the dead. Everything we once were is nailed to the Cross; the same resurrection power that raised Jesus from the dead is now living within us. We have a new identity in Christ. The sins and transgressions that bound us have been justified through the works of the Cross. God does not want us defined by what we did but by who we are in Him!

God is breaking us out of the tomb! He wants us to walk in the newness of life! Our old man has been crucified with Him. This means we must see ourselves as God sees us. We are fully clothed with new garments. He does not clean our filthy rags but provides a new wardrobe. So, we must stop trying to resurrect the old things and start embracing the newness of what He has given to us. It is that simple! Grace cannot be earned but only received. God is the Active Agent, and we are the recipients of His love and grace.

Just as the disciples had to operate in a new way (of thinking and acting), we must do the same. This ‘new wind blowing’ is God revealing to us His Truth. His path will lead us into even greater freedom with Him. We are on a new path with God. Our mind must be renewed in His, so we see things from His perspective. We are clothed in His garments of grace…so stop trying to put on the old man!

“Do not lie to one another, since you have put off the old man with his deeds, and have put on the new man who is renewed in knowledge according to the image of Him who created Him” (NKJV – Colossians 3:9-10).

We must STOP trying to put on old garments that no longer fit. As I wrote this sentence, I was reminded of the clothes in our closet. You know the ones…clothes that no longer fit, because we have outgrown them. Yet, we put them in the back of the closet (on reserve) just in case we might be able to wear them again. I use this analogy because the enemy longs for us to keep what we PERCEIVE we might need. It’s time to purge!

Jesus has given us new garments of righteousness. If interested in our old ones, He would have cleaned them up. But, NO! Jesus wants us to embrace the newness of life He has given us.

I pressed God even more on the meaning of “the new wind blowing.” He revealed that, as wind blows the chaff from the wheat, He removes the chaff (wrong mindsets, attitudes) of who we are in Him and renews our mind with greater revelation of His grace. As this new wind blows, we embrace our God-given identity and fulfill our purpose with Him. We don’t hold onto what was (what we thought we should keep because it fit us so well at one time). In this new season, we are removing the old garments from our closet (mind) because they are out of style! Our garment will reflect what Jesus has given to us. And it never goes out of style!

There’s a new wind blowing! And we are about to embark on our purpose with God!

In Him,
Rev. Melissa Pearce

A mentoring & coaching program that inspires, equips, and empowers women.